A concerted and well-funded effort by the Bristol Chamber to scuttle the New Britain-Hartford busway has gained considerable ground in recent months.  Last week suburban Newington’s Town Council was the latest to favor ending the project in favor of developing rail from Waterbury into Bristol and through New Britain.

A January 31 New Britain Herald editorial weighs in on the problem with dumping the bus line now and starting to plan a rail line from scratch.

Busway opponents seem to have engaged in some magical thinking about rail but, except about the Hartford-Springfield corridor, no plan exists and no one knows what would be the real cost to develop rail service extending into Bristol, the dream of Sen. Welch, Bristol Chamber of Commerce President Mike Nicastro and others who are trying to de-rail the busway. 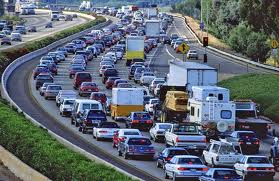 There are compelling arguments that rail — light or conventional — would have been preferable to a busway. But back in the 1990s the highway-oriented Transportation Department argued (incorrectly) that this part of Connecticut couldn’t generate sufficient passenger volume to warrant a commuter rail system.  The Waterbury rail line, however, does not appear to provide the kind of commuter relief of a busway and would not be attainable for perhaps a decade.   Trains would be running to give better connections to a student going to Boston to college or a family outing in New York City. But they would be running with less regularity to get John Doe from Bristol to his insurance job in Hartford on time.

There are compelling examples that busways — as proposed here — have worked elsewhere to get people out of their automobiles and reduce the carbon footprint that so many in the rail crowd favor.

The arguments against the busway get weaker when the growing and compelling need to reduce I-84 congestion and the value of getting people to work on time are considered.   –  John McNamara (Part 1 of 2)