Statements coming out of the mouths of Republicans in New Britain these days on property taxes are about as false and misleading as it gets. The phony refrains on taxes are a stretch even for the partisan sniping that is the New Britain Republican Party’s stock in trade. 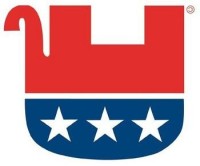 It’s one thing to oppose first-term Mayor Tim O’Brien on fiscal priorities, but the GOP mayoral nominee and her cohorts are fabricating property tax increases where they do not exist.

Republican Council candidate Carmelo Rodriguez, Jr., in the September 8th Herald, said Democrats on the Common Council “have lost credibility with the people because they say they did not raise taxes. But, the numbers reflect something different.”

Mr. Rodriguez may begin to question his own credibility once he actually talks to most of his neighbors or bothers to look up the numbers that are a matter of public record.

Unfortunately, the new Team Stewart is sounding a lot like the old Team Stewart with a heavy dose of of tax-cut demagoguery and an aversion to the truth.

The campaign gambit is to falsely pin all the blame on O’Brien who took office in November 2011 facing structural deficits and an out of balance municipal budget.  It took O’Brien several months just to sort out a fiscal mess caused by his predecessor.

Meanwhile, the new Team Stewart is laying 100 percent of the responsibility for  regressive, state-mandated auto taxes on the incumbent.  Funny how the state and not the local administration was blamed when a previous mayor named Tim occupied the corner office at City Hall.  And I thought elephants had good memories.
Current assessment data for New Britain documents just how false the Republican claims are on property taxes “going up”  in the aftermath of state-mandated revaluation.

The Assessor’s Office and the revaluation firm retained by the city last year based assessments on the sales market values from October 2011 to October 2012 for the new values.  The burst of the housing bubble here and everywhere over the last five years can be seen in the numbers.

Across-the-board drops in assessments meant there was less value to tax and consequently tax bills decreased for every  property owner that declined in value by more than 17%.

The new property assessments confirm that  tax bills for single family, one-, two- and three-family residences decreased significantly.  Only the few properties with values decreasing less than 17 percent paid about the same or received small increases.

Politicians of all political stripes will face challenges in maintaining essential city services and being fiscally responsible over the next two years.  That’s because the current property tax system as a means of paying for schools and city services is unsustainable.

Don’t look for Team Stewart to acknowledge this reality. The intent is to dissemble and mislead on property taxes from now to November 5th.