Skip to content
Date: June 28, 2012Author: nbpoliticus 0 Comments
Today’s 5-4 Supreme Court decision validating the Affordable Care Act (ACA) staved off a right-wing rear guard action to upend the law. John Roberts, making the right decision for the wrong reason, essentially saved the Supreme Court’s credibility for preserving constitutional law and common sense.
At its best the law is a modest reform that is a far cry from the less costly and more equitable single-payer options (Medicare for All) that would more efficiently insure the uninsured.
The ACA springs from Republican reform proposals despite what Mitt Romney says now.

As of now the law stands to save more lives of individuals who might otherwise not have coverage for that pre-existing condition or be denied coverage in a system where health care is a privilege, not a right.

When I heard a woman caller on NPR after the decision explaining her ongoing cancerous eye problem, the human impact of this ruling was clear. She broke down in tears of relief knowing she’d be covered now.
The ACA is a work in progress and a step in the right direction, affirming the late Ted Kennedy’s hopes expressed at the 2008 Democratic National Convention:

For me this is a season of hope — new hope for a justice and fair prosperity for the many, and not just for the few — new hope.
And this is the cause of my life — new hope that we will break the old gridlock and guarantee that every American — north, south, east, west, young, old — will have decent, quality health care as a fundamental right and not a privilege.
We can meet these challenges with Barack Obama. Yes, we can, and finally, yes, we will. 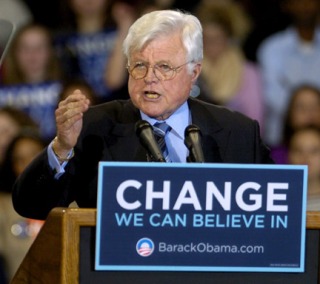