In another blow to the readers and remaining journalists of the nation’s oldest continuously published newspaper, the Hartford Courant may be tapping into Journatic — a faux news gathering operation that relies on the outsourcing of local news coverage involving low-wage news writers half way round the world. 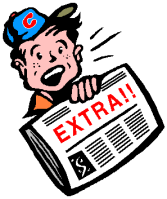 According to Free Press and the Free Press Action Fund,  the Chicago Tribune, the Courant’s parent company that is still in Chapter 11 bankruptcy proceedings, was forced to drop Journatic services last week over fake bylines and plagiarism contained in  coverage in the Trib’s stories in the Chicago area.

Journatic, however, may still be part of the news columns in the Courant.

Free Press supporters in Connecticut received the following e-mail appeal below that calls out the media company for using the low-wage and ethically challenged Journatic in Connecticut: